Think you got game and want to cast a wider net? Or think you would do better with ladies if you just had more opportunities?

You need to check out Cove.

For starters, Cove is not a hookup app. Its creators believe that before meeting someone in person, the necessary chemistry or minimal comfort level required can only be uncovered through conversation—and not just text conversation but actual audio and video conversation too. Cove (COnversation + loVE) says that these conversations aren’t happening on other dating apps because there is no motivation to engage, especially if you’re overwhelmed with options. Data suggests that women are less likely to engage in dating apps than men. The reasons range from being inundated with too many options to being skeptical about spending the needed time to feel comfortable with a stranger they just met online. In order to motivate conversation, Cove gives women rewards to be on the app and engage with the app in many different ways so they’re more motivated to stay on the app and explore options. Here’s where controversy comes in for some people. The knee-jerk conclusion to jump to is that women are paid to chat in Cove. I had a chance to test the app and that’s definitely not how the app works, but also it’s not the point. The reward system rewards women for lots of different actions on the app, many of which aren’t related to interacting with matches. In addition, the app gives women the option to donate their rewards to charity. The only goal of the rewards is to ensure women don’t feel like they’re wasting their time on the app — the creators included these features to help create an environment which would lead to real connections. The other controversial aspect is that men must invite women to #meetinthecove and not the other way around. To do so, men must pay a cover charge to Cove so they have skin in the game, so to speak. This makes it real for everyone and demonstrates a guy’s genuine interest in getting to know the woman in question.
Unlike a “super like” or similar features in other dating apps, this is risk-free in the sense that if a woman doesn’t accept a guy’s invite, the cover charge is returned. In addition, there are safeguarding measures in place so that a woman can’t “game” the system. She has to be selective, for one. She can only accept a limited amount of invitations from men to #meetinthecove.Here’s the catch—if a woman accepts a guy’s invite to #meetinthecove, he has 7 messages that can be exchanged before the texting “locks.” At that point, if she’s still interested, the conversation evolves to audio notes, and then to video date. At any time in the “getting to know you” courting phase, she can send her number to the guy to take it offline. Cool, right?
Basically, Cove has built a platform that motivates dialogue but also advances the depth of that dialogue for the purpose of actually uncovering chemistry or building a base level of comfort that warrants meeting in person.
Cove is a private, members-only dating app, but you can apply here with code BPOB44. For a limited time, if you’re approved, you’ll get $10 worth of tickets to try Cove for free. 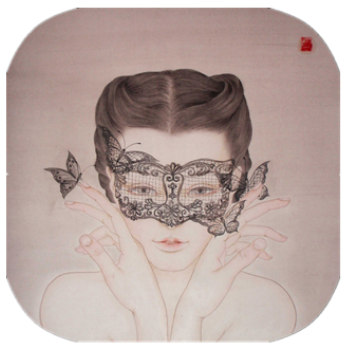 View all posts by Dan Kelly