She’s constantly complimenting other women in inappropriate ways. Women normally give each other compliments in a friendly way, but if you notice that your girl has a deep appreciation of the female body and shows it by always complimenting the appearance of her female friends, she likely has a thing for women.

She gets nervous around other women. It’s okay for her to be slightly nervous around you since men and women alike are usually nervous around someone they like at the beginning of a relationship, but watch closely if she carries that same nervousness over to her interaction with other females. If she gives off signs of awkwardness during a conversation, especially with one or two women out of her circle of friends, she obviously has a crush on them.

She flirts with other women but insists she’s just being friendly. Your girlfriend might not make the first move on other women, especially if she’s the cautious type, but that doesn’t stop other queer women from flirting with her. Watch how she responds and see if she flirts back. If she’s subconsciously into women, she’ll lean into the woman that flirts with her, make intense eye contact and returning the behavior.

She loves dressing up in your clothes. Your girlfriend might not be a full-blown tomboy, However, after spending the night at your place she might surprise you by putting on your pants, long-sleeved shirt and a tie. Obviously this is a bit stereotypical and can’t be applied to every situation, but if she relates more to her masculine side than her feminine one, there might be a reason.

She’s more logical than emotional. Straight women tend to gravitate more towards their emotional side while being logical is an intellectual attribute usually associated with men. You constantly find out that you both argue and reason alike, and sometimes you think to yourself that she’s more like your guy friends than your girlfriend. She gets you, and your relationship is somewhat void of that tender emotion usually associated with women. Again, this could just be her personality but it could also be a sign that she’s bisexual or even gay.

She’s extremely physically affectionate with her female friends. She’s not afraid to be close to her female friends and even hold hands for a long time in public. Note whether she relaxes or moves away when a female touches her arm. If she initiates physical touch with women then there’s a good chance she’s into them.

She’s extra invested in shows with lesbian characters/couples. Talk to her about some popular television shows involving lesbian characters like “Orange Is The New Black” and “Pretty Little Liars” and watch how she responds. She can’t resist watching a movie that she can relate to if she’s into women.

She refuses to grow out her pixie cut. Again, she could just really prefer having short hair, but if she sees her pixie cut as a serious part of her identity, there may be more than meets the eye at work. She’s comfortable being associated with more masculine features. It may not mean anything but it’s not impossible.

Your girlfriend may do one or two of these signs innocently, it doesn’t necessarily mean she’s into women. But if she does most or all of these, then it’s likely that she might be. 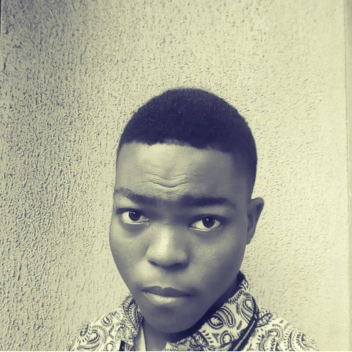 View all posts by Bryan Grey