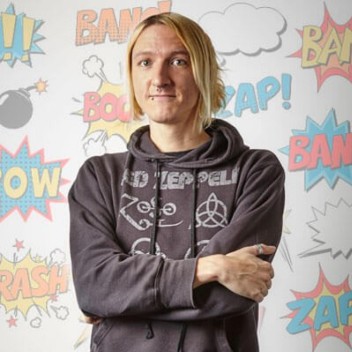 As a child, Jared could always be found in the corner of his room nearly crushed to death by piles of paper, as he scribbled down words faster than his thoughts could produce them. As time has gone on, these very same words have found a home on the blog Juice Nothing, where Jared's mental demons have been read around the world, over a million times and counting. His first self published book, This Is Your Brain On Drugs, was released in 2016, and he now spends most of his time writing scripts for animators, composing terrible music, or painting cartoon characters that nobody will ever buy. http://www.JuiceNothing.com http://www.JaredWoodsSavedMyLife.com View all posts by Jared Woods