The prostate is a walnut-sized gland located between the rectum and the pubic bone and just below the bladder. It also rests on the urethra. This crucial gland adds a special fluid to the semen which gives the sperm nourishment, so they can make their long journey to fertilize the egg. In late middle-age and beyond, some men experience a swelling of the prostate.

This could be benign prostatic hyperplasia (BPH), a condition that’s not necessarily dangerous but could lead to urinary symptoms such as frequent urination, trouble starting and stopping a urine stream, and having to get up several times a night to go to the bathroom. These can substantially impact a man’s quality of life. The condition is common in men over 50. The problem is, these same symptoms might also telegraph the presence of prostate cancer, which is why you need to be getting regular prostate exams.

What’s The Point Of A Prostate Exam?

You have one in order to avoid developing intermediate to late-stage prostate cancer. Although we don’t often hear about it, prostate cancer is the second most common type in American men, after skin cancer. Albeit, most times it’s slow-growing. But not always and the aggressive form can be deadly. Oftentimes, those who have aggressive prostate cancer don’t even know it until it’s too late. Symptoms include urinary problems, sexual dysfunction, pain in the pelvic area, a weak urine stream, or blood in the urine.

When Should You Get One?

Usually, men should start getting screened at age 50. After 50, one’s risk increases, significantly. However, there are factors that can elevate risk before age 50. Having prostate cancer in the family, particularly closely related men such as a brother, a father, or a grandfather, significantly increases risk. If more than one close family member had it, you’re considered to have an extremely high risk.

Does breast cancer run in your family? These days, a genetic test may be given to those who suffer from breast cancer. One driver is a genetic mutation called BRCA1. This can also cause prostate cancer and as such, those men carrying it have a higher risk. African-Americans also have an elevated risk, as do men over 65, those who follow a high-fat diet, or who are obese. Those who have an elevated risk should be screened at age 45 and with an extremely high risk, age 40.

How is Screening Done?

Traditionally, a digital rectal exam (DRE) was conducted. This is when a doctor wearing a latex glove would lube up his finger and feel the prostate through the rectum. The point was to see if there was any type of unusual growth. In recent years, however, physicians have shied away from this method, which is considered inaccurate and embarrassing for the patient. A doctor needs specific training and lots of experience in order to know what an abnormality feels like. What’s more, the physician can only feel one side of the gland.

The most common screening method today is a PSA test.  Prostate-specific antigen (PSA) is a biochemical that can be found in the bloodstream. An overabundance of it could signal the presence of cancer. Ergo, a simple blood test is performed to monitor it. However, there’s a debate among the urological community surrounding the accuracy of this test. It can give false positives, since other health conditions such as BPH or an infection, can throw the test off. In other cases, aggressive prostate cancer may not produce much PSA, leading to a “false-negative.” And PSA can vary widely from one man to the next.

The Issue is Complex

Oftentimes, a PSA test is taken as a baseline and monitored over time. If it jumps dramatically, a biopsy may be ordered. It’s important that the physician conducting the test has lots of experience interpreting PSA. Even if cancer is found, not all prostate cancers warrant treatment. While some men feel anxiety about having cancer that isn’t being treated, the main treatments—radiation therapy and surgery, can cause serious side effects, including urinary and bowel incontinence and erectile dysfunction.

Some types are so slow-growing that they’ll never get beyond the gland. Those that are aggressive however and do break out, can enter into the lymph system through a lymph node in the pelvic region. Much of the pain from aggressive cancer begins when cancer cells invade pelvic bones. Once in the lymph system, cancer cells can travel anywhere in the body, and attach to crucial organs. This is called metastasis. Once metastatic, it’s very difficult to cure. Due to the complexity of the issue, it’s important for men to talk to their doctor starting at age 50 about prostate cancer screening. Those at risk should do so at age 45 and at high risk, age 40.

While this can all seem intimidating and overly clinical, I’ll put it in layman’s terms: get your prostate checked regularly to catch any potential cancer developments early on. It’s quick, painless, and you’ll be glad you did. 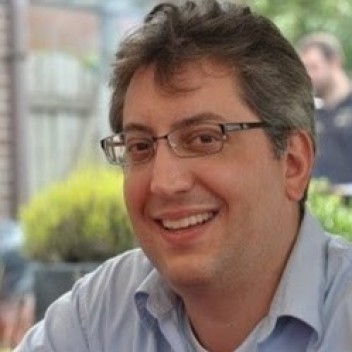 View all posts by Philip Perry